After years of complaints about scant train service, riders on Metra’s Heritage Corridor line are finally getting a break: One new daily train.

The additional train will boost the number of Heritage Corridor runs from six to seven: three inbound morning runs and four outbound runs each weekday. The line has no weekend service.

The Heritage Corridor is Metra’s least-used line, with only 2,400 weekday riders. By contrast, the Electric District line has 170 weekday trains carrying 33,500 riders, and the BNSF Line operates 94 weekday trains, with nearly 64,000 riders.

The new 2:45 pm train will make stops at Summit, Willow Springs, Lemont and Lockport before arriving at its final destination in Joliet at 3:50 p.m.

The new service is the result of years of effort by Metra and elected officials along the route to bolster the Heritage Corridor, Orseno said. The new service required agreements from the Canadian National Railway Co., which owns the tracks and operates freight service on the line, and Amtrak, which owns Union Station.

U.S. Rep. Dan Lipinski, whose district includes much of the Heritage Corridor, has pressed CN for years to allow Metra to add service. In 2013, Lipinski said he was so frustrated with CN that he considered introducing legislation to force the railroad to allow more Metra trains. 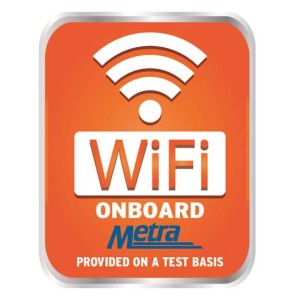 Metra said early Thursday that the Union Pacific has completed repairs to a signal facility that was damaged by a fire Tuesday and that it expects to run normal weekday schedule on the UP West Line today.

“Repairs continue today to a facility that controls the switches and signals in the vicinity of 25th Avenue between the Melrose Park and Berkeley Stations. The facility was damaged in a fire Tuesday morning and is on track to be rebuilt and back in service by midday Thursday.
“Until then, all UP West Line trains, including 60 Metra commuter trains and all freight traffic, must stop, get permission to proceed and then travel at restricted speeds through the two-mile area. Based on our experience with the rush periods on Tuesday night and this morning, we have reduced the expected delays to trains passing through the affected area to up to 20 minutes from up to 30 minutes.
“Therefore, while most inbound and outbound trains are expected to depart on time, they could incur delays of up to 20 minutes en route until the afternoon rush hour on Thursday, Feb. 11. Departures later in the rush hour will be delayed because the train sets used in those trips will have been slowed passing through the affected area during earlier rush-hour trips.
“For this (Wednesday) evening’s rush hour, the following changes will be made:
·…

Notes on transportation: Lost luggage, cell phones on flights, Obama’s oil tax. When the House Transportation and Infrastructure Committee meets on Thursday, it is expected to consider a bill to extend funding for the Federal Aviation Administration, including some measures that would delight many air travelers.

One provision would ban cell phone calls on flights and another would allow passengers on domestic flights to recover checked baggage fees if the airline does not deliver their luggage in 24 hours. The FAA measure isn’t given much chance in this lame duck year by Washington observers, but Illinois Rep. Dan Lipinski, the sponsor of the provisions, is undeterred.

“Right now, passengers who go through the inconvenience of lost and delayed baggage do so without the right to a refund,” said, Lipinski, a committee member.  “My legislation is just common sense.  If you pay for a service, you should get that service or get your money back.”

Meanwhile, President Obama is proposing his lame-duck budget Tuesday, which includes more than $300 billion over a decade for infrastructure improvements. The measures would be paid for with a $10-a-barrel oil fee, but Republicans say that has zero chance of happening.