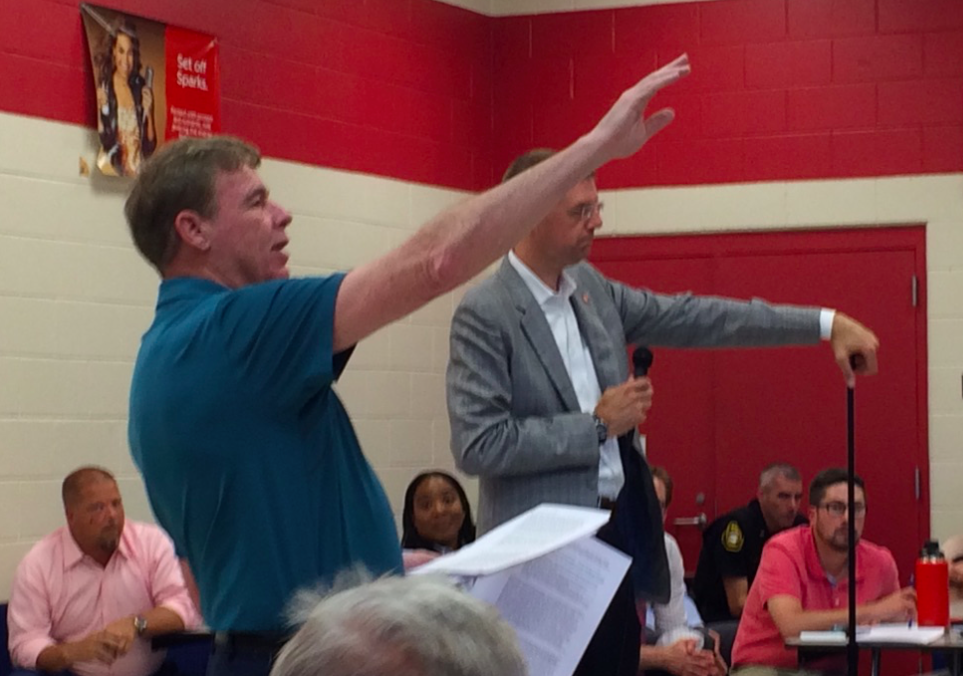 CN, acting under its Wisconsin Central Ltd. Railroad subsidiary, has applied to the U.S. Army Corps of Engineers for a permit to construct the additional main line track from Shoe Factory Road to Spaulding Road, between Hoffman Estates and Elgin. Here’s a link to the permit application: https://www.hoffmanestates.org/home/showdocument?id=21103

The proposed work, when combined with existing tracks, would create a 6.1-mile-long segment on a corridor that is one of the “primary north-south mainline tracks along the WCL corridor that transports between Winnipeg, Canada and Chicago,” the CN’s petition states.

The forecasted capacity for 2020 includes an additional nine trains per day along this stretch. The second main line “is intended to allow for uninterrupted flow of freight traffic by allowing northbound and southbound trains to pass freely without stoping or slowing,” the application states.

The second main line would also reduce vehicle delays at the Shoe Factory Rd. Grade crossings, which “can be extensive,” and would also “positively affect” commuter rail traffic on Metra’s Milwaukee District West line, which intersects the track at the southern end of the proposed project.

The plan calls for constructing the second main line on the west side of the existing track. The east side directly abuts the Poplar Creek Forest Preserve, including the Shoe Factory Road Prairie Nature Preserve. Construction on the east side would “likely result in greater impacts to natural resources versus the proposed construction on the west side,” the application states.

The Army Corps of Engineers permit for the project is necessary because of the potential impact on wetlands, in accordance with the U.S. Clean Water Act, said Soren Hall, project manager for the Army Corps. Hall said the Army Corps had received a considerable number of comments and would be considered as part of the permit process.

Prompted by concerns of residents along the line, the Army Corps conducted a public hearing on the project  last month in Hoffman Estates, about a half mile from the Shoe Factory Rd. crossing. More than 150 residents who attended the hearing were outspoken in their opposition to the double-tracking. Their concerns focused primarily on the noise, vibration and annoyance of freights trains that already run and sometimes idle on the existing track.

Residents said the second track would put the trains even closer to their homes, many of which were built when the EJ&E was lightly used. Some residents accused CN of giving priority to the nature preserve over people.

Neil O’Shea, a leader of an ad hoc group of opponents, said CN has better alternatives than to add the tracks in the residential areas. He also contended that CN was attempting to “mislead” the Army Corps and the Surface Transportation Board about its plans and the number of trains it would run on the line.

David Woodruff, CN’s Washington, D.C.-based head of government and public affairs, defended the project, saying it was part of the railroad’s $22 billion in capital investments over the past 10 years, including an expected $3.9 million in spending in 2019. He bought a team of CN staffers to the hearing, each explaining aspects of the plan, including economic and environmental impacts.

The officials said CN’s goal was to speed the flow of trains, not have them idling on a siding,  which would be a “fundamental breakdown” of service to its customers.

“Our goal is to have trains move,” Woodruff said. “We are in the business of moving trains as fast as possible.”

So what’s next? The Army Corps says it will do due diligence and that there is no timetable for ruling on CN’s permit application.

But there are other aspects to this issue as well. To be continued.

Part 1 of a series on this topic.

A version of this story first appeared on TRAINS magazine’s News Wire. http://trn.trains.com/news/news-wire