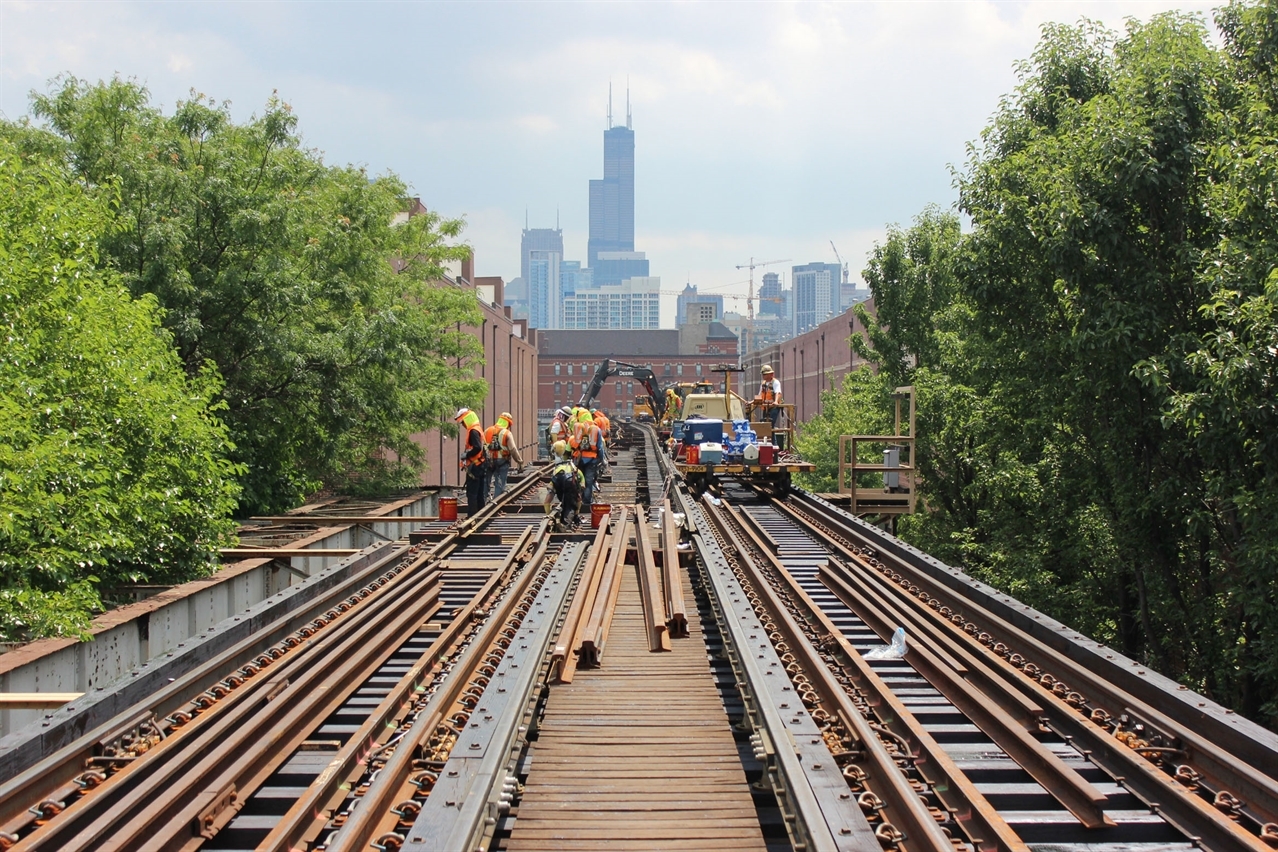 It’s not the first call for an increase in the state’s gas tax to pay for transportation needs, either by the MPC or others. Just over a year ago, the Transportation for Illinois Coalition, an aggregation of interest groups ranging from labor unions to truckers to local chambers of commerce, urged an unspecified increase in the gas tax along with a variety of other revenue sources.

The Chicago Metropolitan Agency for Planning, which oversees the region’s land use and transportation planning, supports an eight-cent per gallon gas tax increase, and indexing it to inflation.

But the MPC’s analysis recommends the biggest increase yet. MPC Senior Fellow Jim Reilly outlined the proposal at a City Club of Chicago luncheon.

In addition to Illinois’ budget and pension crises, the state faces a “third deficit” regarding transportation, said Reilly, former head of the Metropolitan Pier and Exposition Authority, which owns McCormick Place and Navy Pier, and former chairman of the Regional Transportation Authority.

The RTA estimates that the CTA, Metra and Pace have a $20 billion backlog of unmet infrastructure, equipment, and rehabilitation needs. Meanwhile, one in five Illinois highways is in bad shape, Reilly said.

The Illinois Department of Transportation’s multiyear highway improvement plan unveiled in October echoed a pattern of shrinking spending on roads and bridges. IDOT officials warned about “a rapid deterioration in the overall condition of Illinois infrastructure due to a lack of sustainable investment.”

The MPC’s analysis said meeting Illinois’ transportation deficit requires an investment of $43 billion over 10 years, or an average of $4.3 billion each year for 10 years. “That’s less than we’re already wasting on extra repairs to vehicles as a result of poor road conditions, time lost to congestion and delays, and loss of jobs and investment to neighboring states. Rebuilding our infrastructure will cost less than continuing to suffer,” MPC said.

The tax and registration fees should be indexed to the consumer price index to keep pace with inflation, MPC said. Passenger car registrations now cost $101 a year.

The MPC also recommended the state constitution be amended to create a transportation trust fund to protect this revenue. To mitigate the effect of these increases on lower- and middle-income Illinoisans, the state earned income tax credit should double to 20 percent of the federal amount.

In the long term, MPC said the state should consider shifting toward a user fee that is not tied to fuel purchases, a vehicle miles traveled (VMT) fee.

The MPC’s analysis comes just as Chicagoans are getting happily accustomed to spending around $2 per gallon of gasoline. Experts acknowledge that raising the price of gasoline will be a tough sell, but the MPC says the cost of doing nothing will be higher in the long run.

“You can’t name anything that costs the same that it did in 1991,” Reilly said. “Why should the gas tax be different?”

A gas tax increase would have to be approved by the General Assembly and signed by Gov. Bruce Rauner, and Springfield is already deadlocked over the state budget and pensions. The MPC’s call did not prompt a comment from either House Speaker Michael Madigan or Rauner on Monday, according to their spokespersons.

Reilly, a former state legislator, could be one the plan’s best advocates. He has a reputation as a skilled negotiator and is wise to the ways of Springfield bargaining. As RTA chairman, he was instrumental in getting the General Assembly in 2008 and then-Gov. Rod Blagojevich to agree to a sales tax hike for mass transit.

The Illinois gas tax situation parallels the nation’s. The U.S. Highway Trust Fund, which finances the nation’s roads and mass transit, is funded by a federal gas tax which has been set at 18.4 cents per gallon since 1993. Numerous attempts in Congress to raise this tax have failed, and stopgap measures have kept the Highway Trust Fund barely solvent in recent years.

“Even as a nation, we want everything, but we don’t want to pay for anything,” Reilly said. “That attitude has to change.”