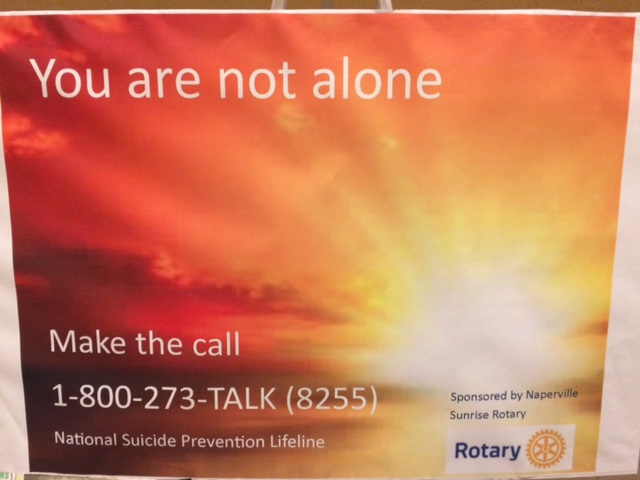 Although this program has been successful, Carlson said the agency needed to do more to “break the silence” surrounding the topic. Many in the industry believe media attention to the topic — even discussing prevention efforts — leads to suicide “copycatting.”

Much of the symposium focused on the message Metra intends to place on the signs installed at its 241 stations.

Instead, he said, Metra wants to promote a broader message: that help for distress, depression, or mental illness is available and is easy as a phone call away.

Other rail agencies in the U.S. and abroad have posted such signs. The Massachusetts Bay Transportation Authority partners with Samaritans Inc. of Boston with signs that say, “You Are Not Alone” with a helpline number.

The Rotary Club in suburban Naperville, Ill., has already posted similar signs at its Metra station.

“We want to ensure that the sign has a message of hope,” Konczal said. “Rather than hopelessness.”