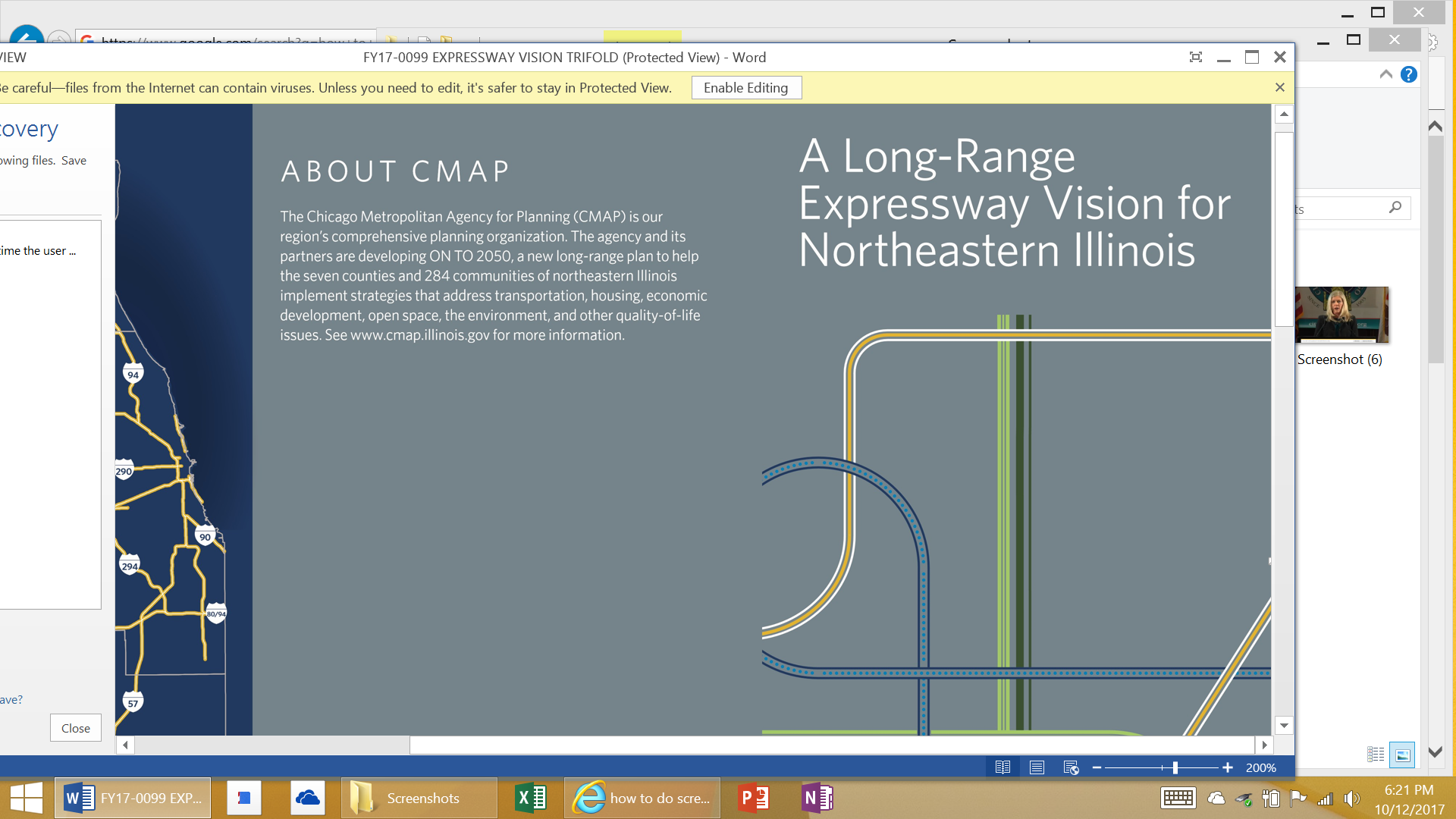 And third, to better manage environmental impacts, including using expressway right-of-way for things like storm water management, utilities and communications.

So what, precisely, is CMAP talking about? Using tolls to raise revenue and manage congestion, for one thing.

“The vision will include a financial strategy. Expanded tolling is expected to be a part of that strategy,” CMAP said in the announcement.

The Illinois Tollway system is flush with cash and has been growing rapidly for the past six years. A series of toll hikes on cars and trucks since 2011 has been paying for a massive $12.1 billion expansion and rehab program. So far, the program has rebuilt I-90, and converted the Elgin-O’Hare Expressway into a tollway and extended it.

Meanwhile, IDOT – which most people don’t realize is a separate agency from the Tollway — has been hobbled by stagnant state and federal motor fuel tax revenues. Lawmakers in Springfield and Washington have refused to consider gas tax increases.

So spreading the wealth, so to speak, may be the answer. This would require major legislative action by the Illinois General Assembly, and may be difficult. Or impossible.

Last spring, the Democrat-controlled legislature refused to even consider a plan pushed by Republican Gov. Bruce Rauner and IDOT to create managed lanes on the Stevenson Expressway (I-55). This would have put a single, tolled lane in each direction, with cost depending on the level of traffic congestion.

Still, the concept will be a part of CMAP’s vision plan. “It’s fair to say tolling and managed lanes will be a piece of it,” Szabo said. “Certainly, congestion pricing will be one of the things on the table.”

CMAP said it plans to work with IDOT and the Tollway, along with a hired consultant, to develop the vision by mid-2018.

(The vision plan is separate from CMAP’s ongoing effort to draw a new comprehensive plan for the region, known as ON TO 2050.)

Stakeholders and the public will be invited to provide input on the CMAP vision, along with corridor-specific recommendations, officials said.

So the process begins. CMAP has posted more information at